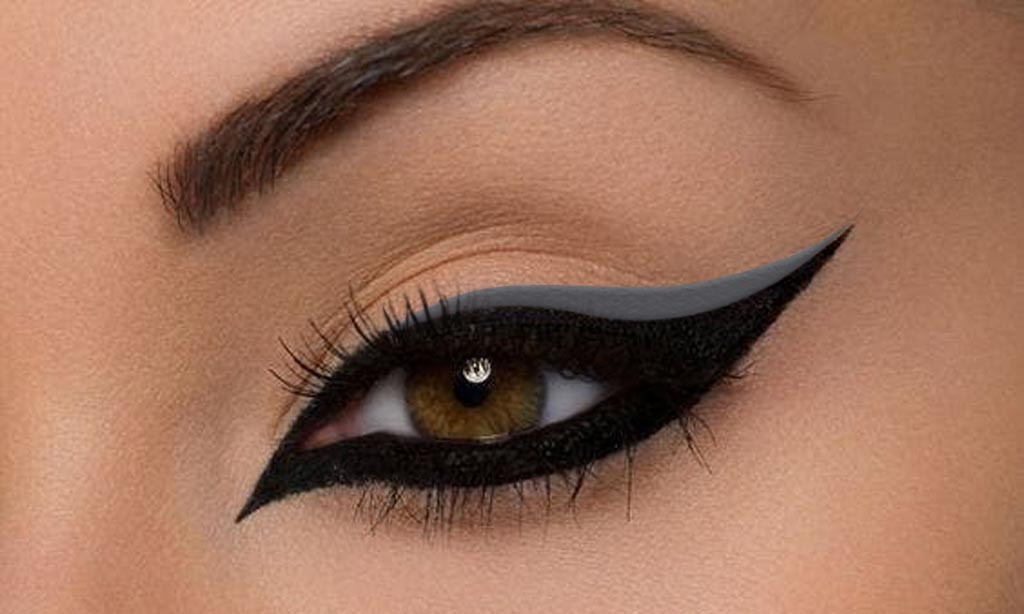 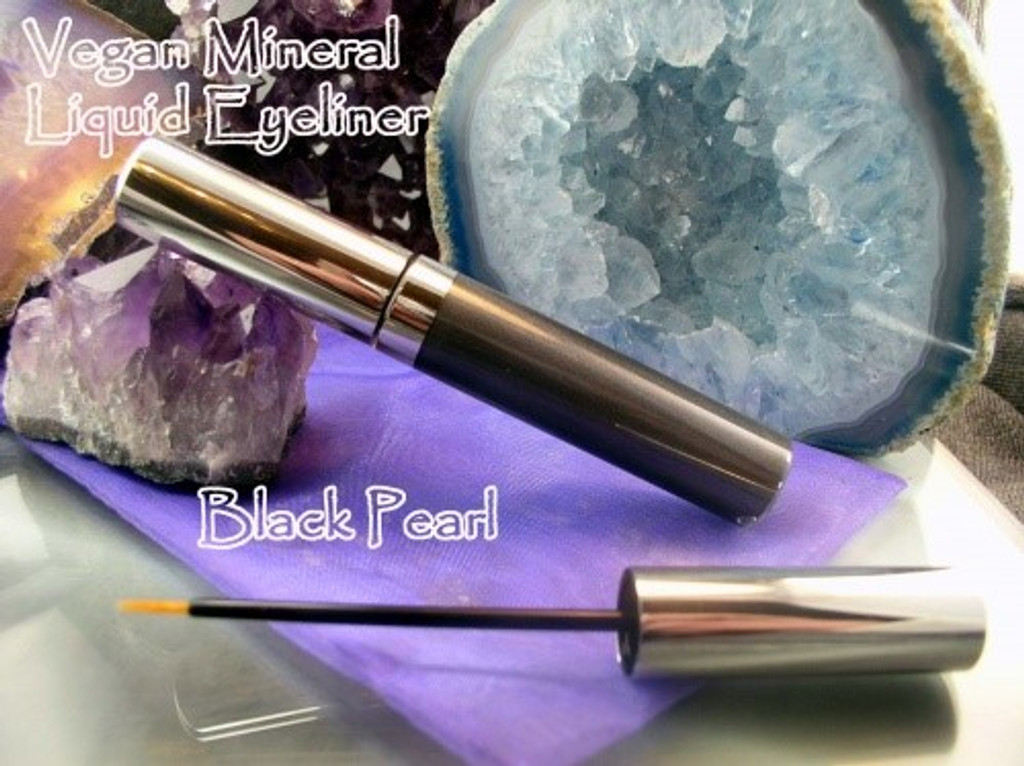 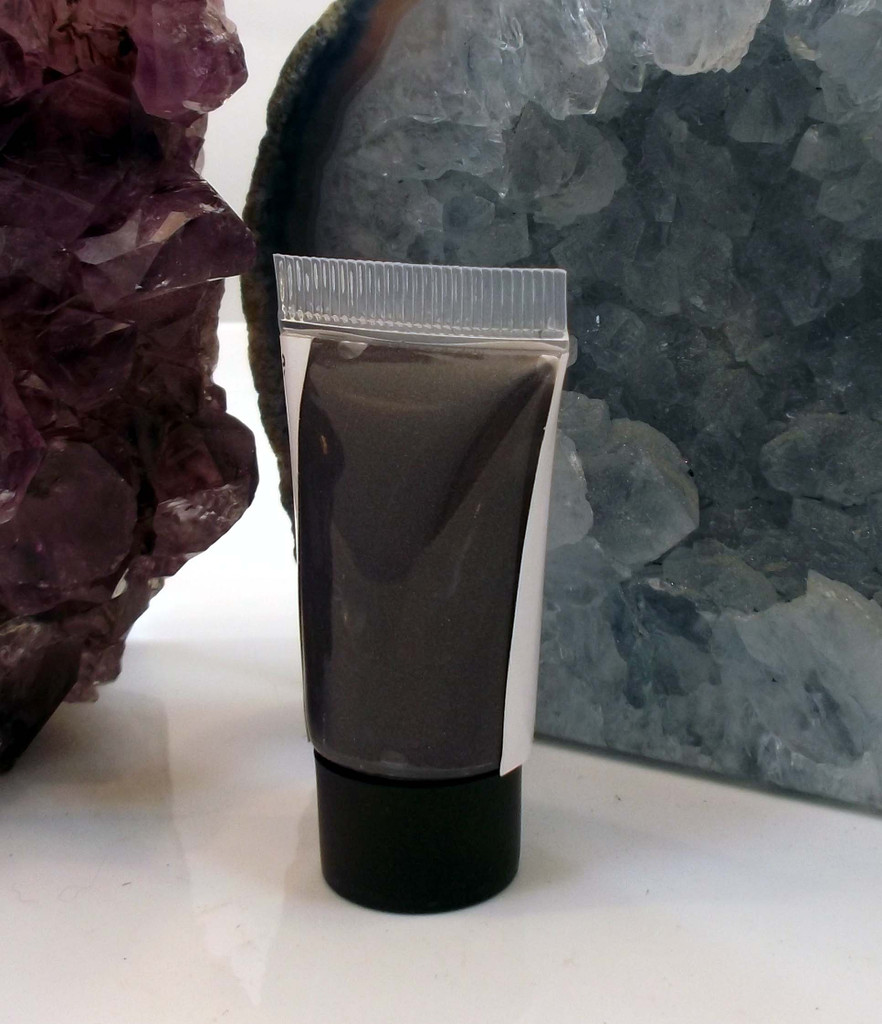 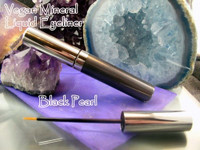 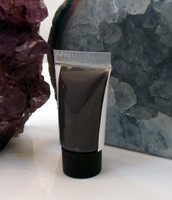 Its herrrreeeee ..with many more colors to comeMy liquid eyeliner has the same vivid highly pigmented colors that all my stuffies do It is a smudgeproof formula that will stay on until you wash it offThis is not waterproof. Shellac is the main ingredient in commercial cosmetics that are waterproof. You will not find any of that in my cosmetics!This is the same color as the smoky quartz eyeshadow. It is the exact color of black pearls everyone I know LOVES this color!as always I use very few but very pure ingredients

Its herrrreeeee ..with many more colors to comeMy liquid eyeliner has the same vivid highly pigmented colors that all my stuffies do It is a smudgeproof formula that will stay on until you wash it offThis is not waterproof. Shellac is the main ingredient in commercial cosmetics that are waterproof. You will not find any of that in my cosmetics!This is the same color as the smoky quartz eyeshadow. It is the exact color of black pearls everyone I know LOVES this color!as always I use very few but very pure ingredients

It’s a really pretty iridescent oil slick like color and it looks great :)
Posted by Maddie on 2nd May 2019

I purchased this gel liner in black pearl. The color is great and dries quickly. One thing I have noticed is it tends to get covered over by eye shadow, which is not a big deal. I just apply it after shadow now!
Posted by undefined on 13th Mar 2017

easy on and easy off

I think this is pretty typical liquid liner. The think I didn't like was that the color is more of a dark grey than a true black which is what I wanted.
Posted by amber on 26th Jan 2017

This colour is dark grey, which is not a bad thing, as I think it is a more subtle colour. It stays on all day and is very easy to apply. I love experimenting with your eyeliners and find I can use this colour with any of the eyeshadows. Looks really amazing.
Posted by Mrs M D Russell on 5th Jul 2016

For a vegan eye liner I am super pleased! I find the applicator easy to use and the color usually goes on as thick as I like though occasionally I will touch up after it dries a little (10-20 seconds later).
Overall, I love this product and will never return to *shutters* revlon again!
Posted by Victoria Leszczynski on 27th Apr 2016

I love this. Everything about it is just right.
Posted by undefined on 16th Mar 2015

This is the best all natural eyeliner I have ever used! It is comparable to Maybelline Stiletto eyeliner. When used with the primer I find it last all day!! I agree with others, the brush leaves something to be desired. I have trimmed some of the frays and it seems to help. I will buy again though!!
Posted by Jessa on 12th Nov 2014

This is really good eyeliner I like the brush and it lasts a long time!
Posted by kate gallagher on 24th Sep 2014

A beautiful shimmery grey color, not as dark as I expected it to be. It is a little too light to wear alone and doesn't have a deep pop. It goes great as a supplement to the black diva stick. I put it on after the initial liner and it makes it look super polished and elegant. It also holds up to the sweat test! I ride bikes and garden with it on and it stays put with no streaking the entire time!
Posted by Mei on 27th Aug 2014

It's very smooth and works just as well, if not better, than regular non-vegan liquid liners. It is black, but a little lighter of a black than it is super dark.
Posted by undefined on 14th Aug 2014

Very challenging to apply since the applicator brush that came with it was in very poor condition. the bristles were sticking out in all directions. the gel itself is good. tends to migrate onto other parts of the eye though.
Posted by Leslie on 16th May 2014

I haven't used this eyeliner too many times because I usually wear my black one, but this stuff stays on well and have a very pretty sparkly gray color.
I didn't notice a brush issue with this one, but again, I don't use it often. I've found the black one does that brush thing, but I've found just dipping it a couple of times really good fixes it.
Posted by Erica Snow on 7th Apr 2014

I had black one before but did not like the brush. Now I love the new color ( black pearl) and the brush. It stays on for a long time and is healthy!
Posted by undefined on 13th Feb 2014

Not too black. Glides on nicely.
Posted by Leslie on 1st Feb 2014

Slighty sparkly gray-ish eyeliner. It goes on nicely and wears well. My only criticism would be that the brush came with bristles pointing in all different directions which made it very hard for fine lines to be made, but I cut those bristles off. Would love to see a liquid variation of the same color :-)
Posted by undefined on 14th Dec 2013

I'm happy with this eyeliner. I like the way it goes on and comes off and I'm really glad I was able to find a natural option. I would be happy to see the brush a little more firm, for more control.
Posted by Leah on 28th Nov 2013

Good liner, not so good brush

This liner is really nice. Goes on smoothly. The brush is much too fine though.
Posted by Beth on 26th Nov 2013
Load more 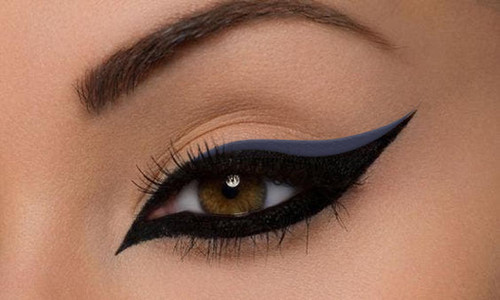 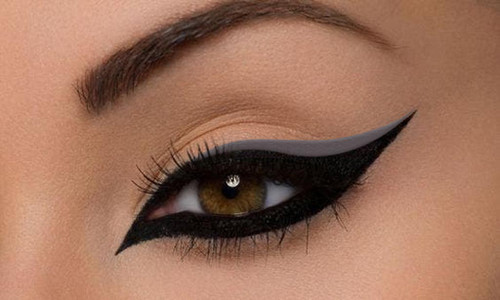 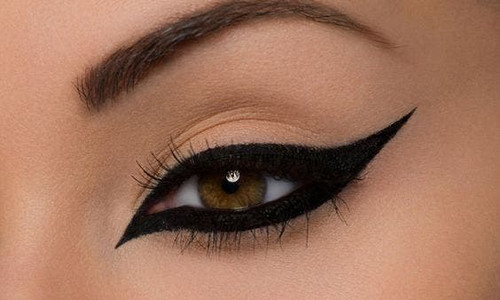 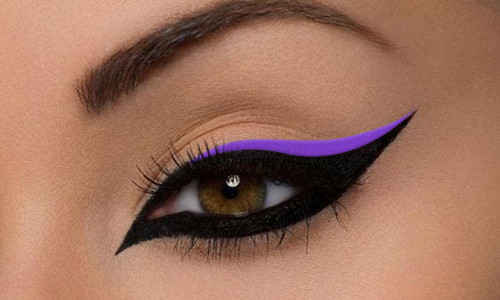